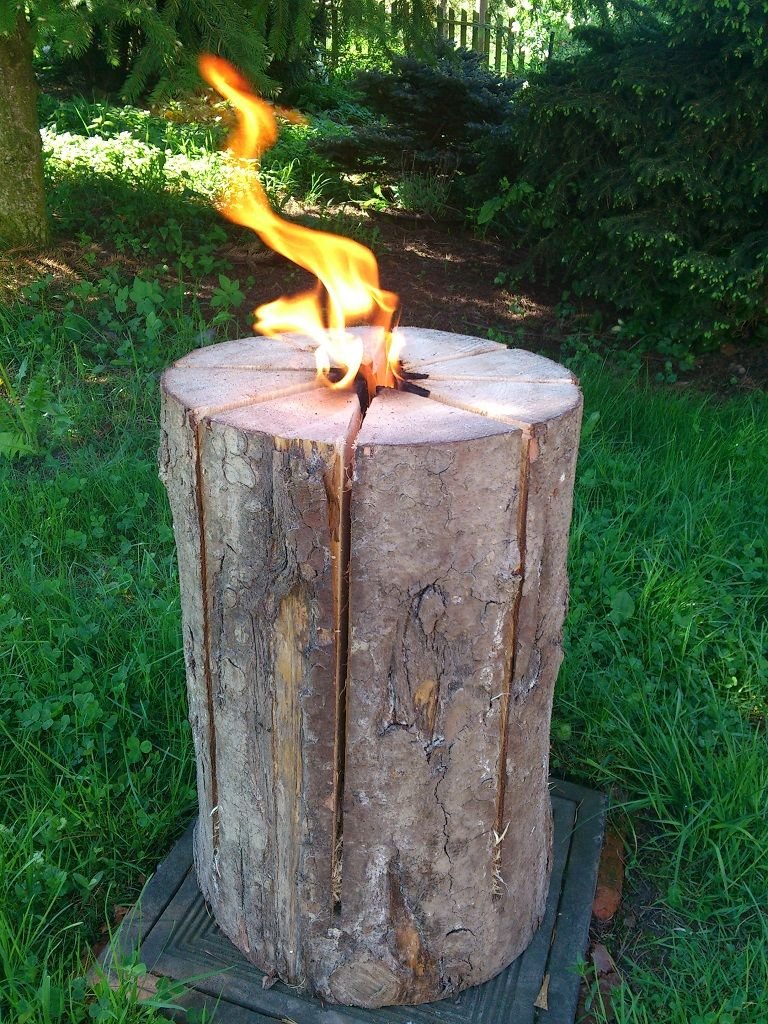 Militaryrange Admin 04. 06. 2019 Outdoor survival OutdoorHints and tips
Finnish candle (sometimes Canadian, Swedish and/or Indian log candle) is an extremely efficient and reliable way of using wood as a source of light and heat for heating or cooking...

Finnish candle (sometimes Canadian, Swedish and/or Indian log candle) is an extremely efficient and reliable way of using wood as a source of light and heat for heating or cooking.

The candle consists of one larger log which should, according to its size (the log should be a minimum 40 cm in height and 16 cm in diameter) and the environment, keep burning for two to five hours. It is easy to make, and in addition to chippings and flint, you only need a saw (ideally a motor saw, which makes everything quicker and easier).  Like for every good fire, choose wood that is perfectly dry (preferably stored in a well-ventilated and dry room for about six months). If you have already chosen a suitable block, it is time to cut. 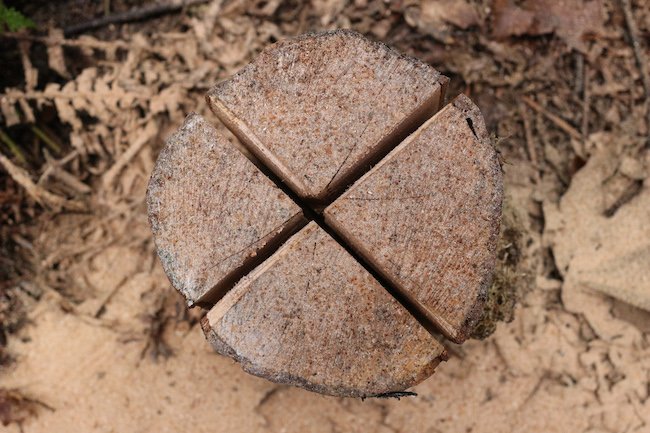 The Finnish candle should have cuts almost its entire length. When you have it standing, it looks like a pizza or a ready-to-eat cake from above. When it burns, the embers fall to the block base in the cuts, thus keeping the fire. The cuts also contribute to good air circulation.

First, put the block on its wider side which should be nicely flat for better stability. If not, modify it with a saw (ideally, also adjust the top, then you will have a great place to place a pan, stew pot or pot).

If you are satisfied with its stability, take the saw, and make the first cut approximately 3/4 of the depth of the block (be careful, if the cuts are too deep, the candle will completely break at the end). Then turn the candle 90 degrees and make another cut perpendicular to the first one.

When looking from above, you should see four roughly identical sections (similarly to the figure above). If you have chosen a rather big block, increase the number of pieces to six or eight using one or two cuts. 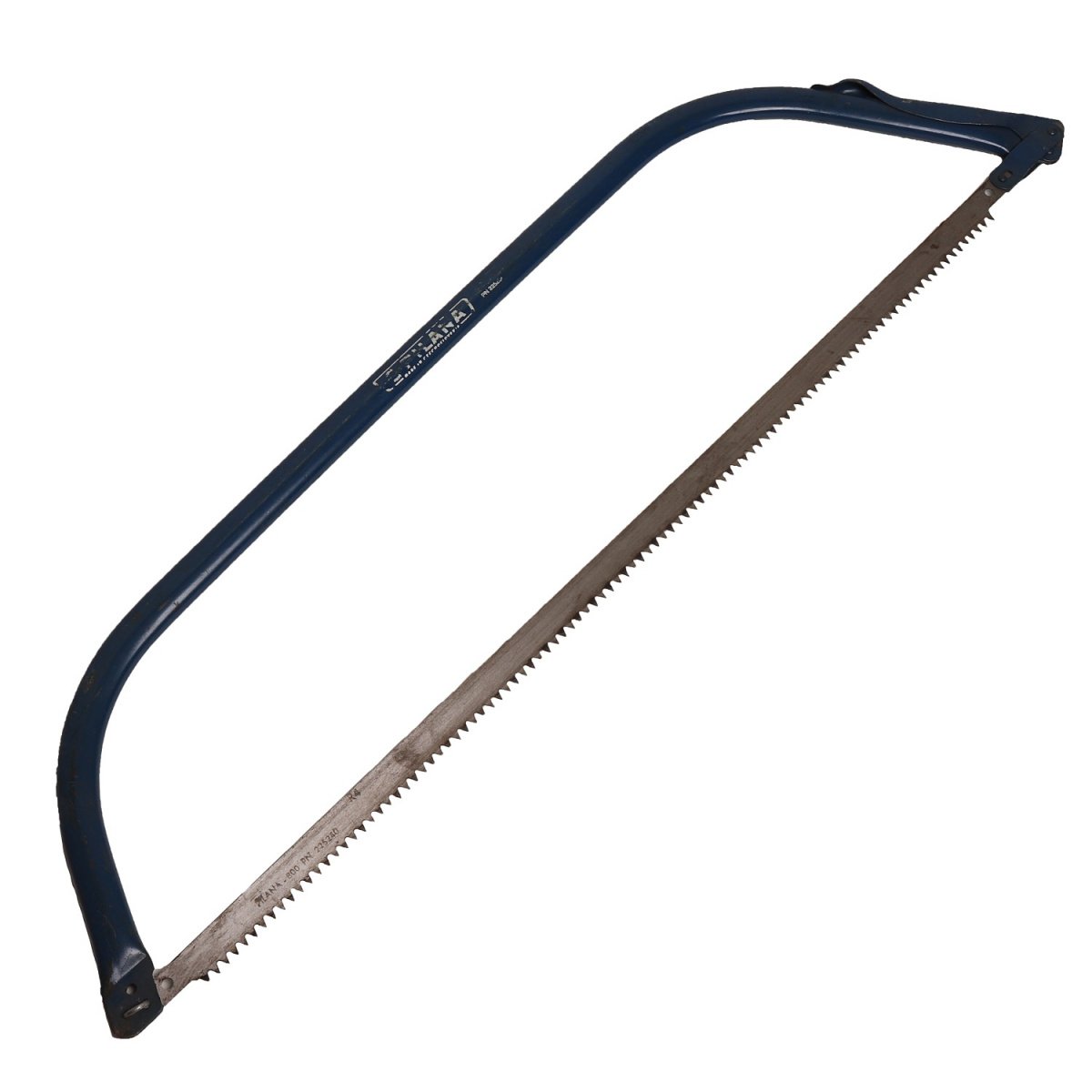 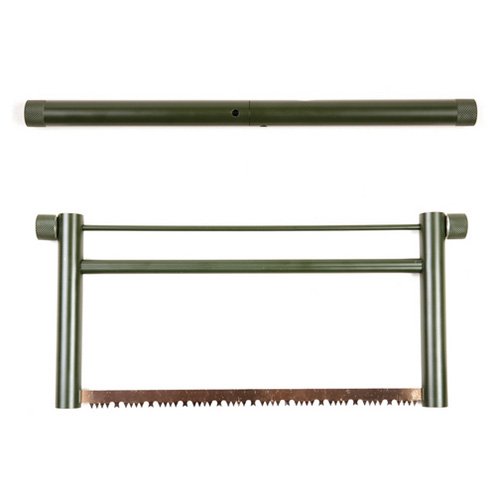 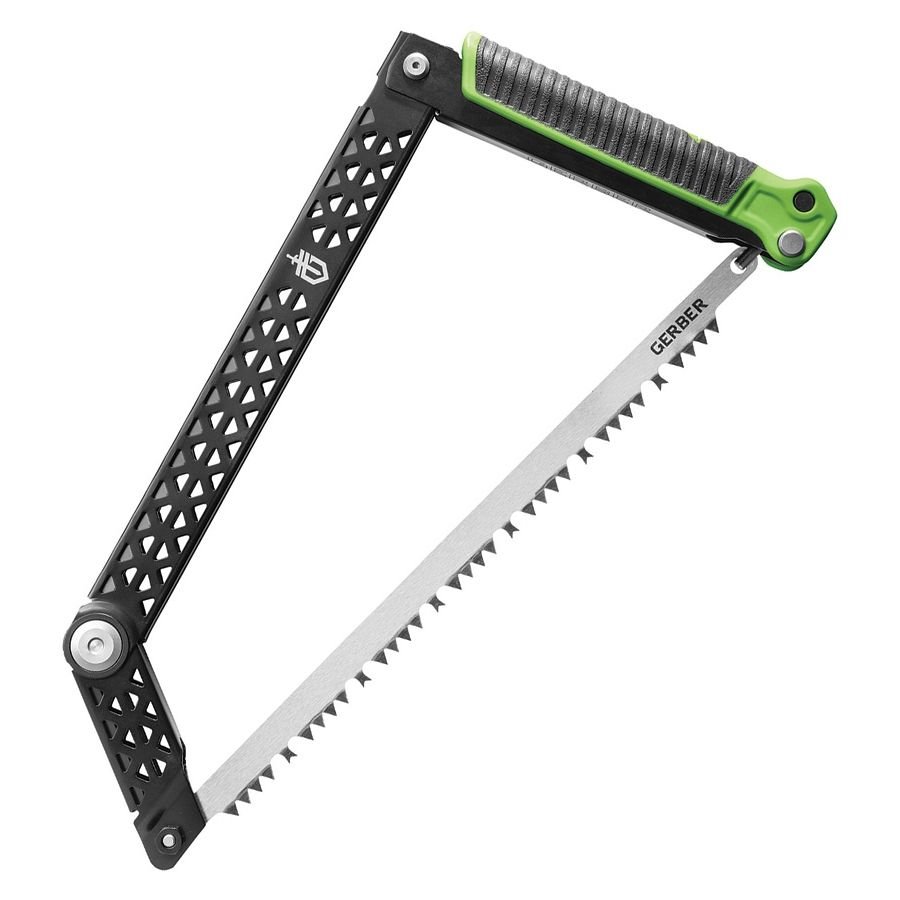 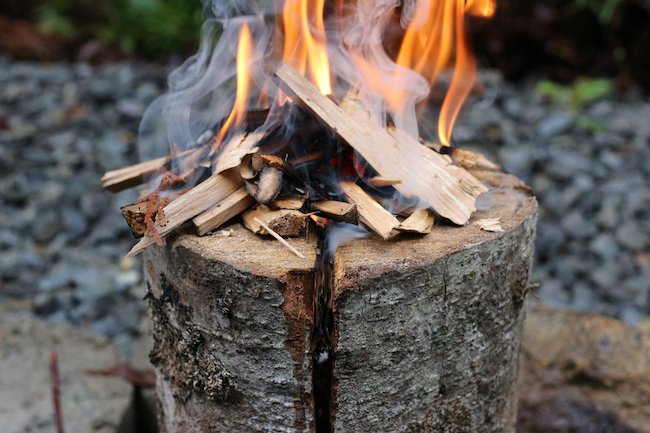 Ignition basically takes place in the same way as in the case of a conventional fire. First, fill the cuts near the top with tinder. Proper tinder can be dry bark, very fine shavings of wood and paper. Then add chips and small branches to the top. Keep some sticks and chips for later.

First of all, set the tinder that you have inserted in the cuts for fire. The flame should then ignite the rest of the material that lies on the log. When everything starts to burn at the top, the embers will start to fall onto the candle centre. The fire then starts to gradually burn the log from the inside. Do not forget to add some wood from time to time at the beginning; it takes a moment before it starts to work on its own. Be patient and you will be rewarded with a stable fire after a while. 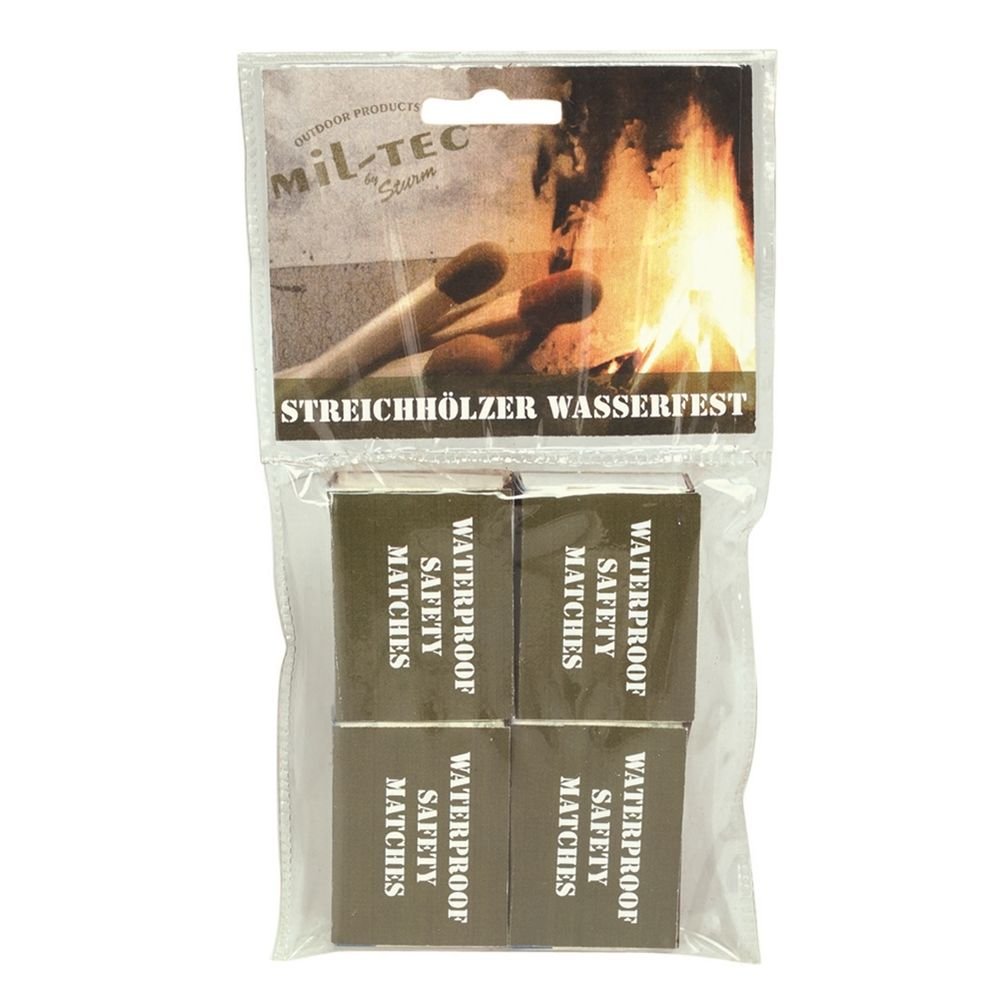 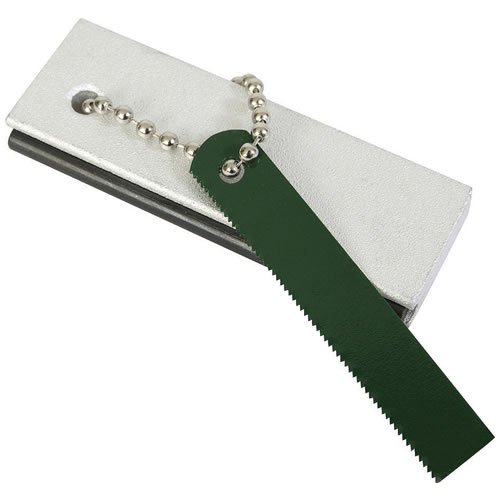 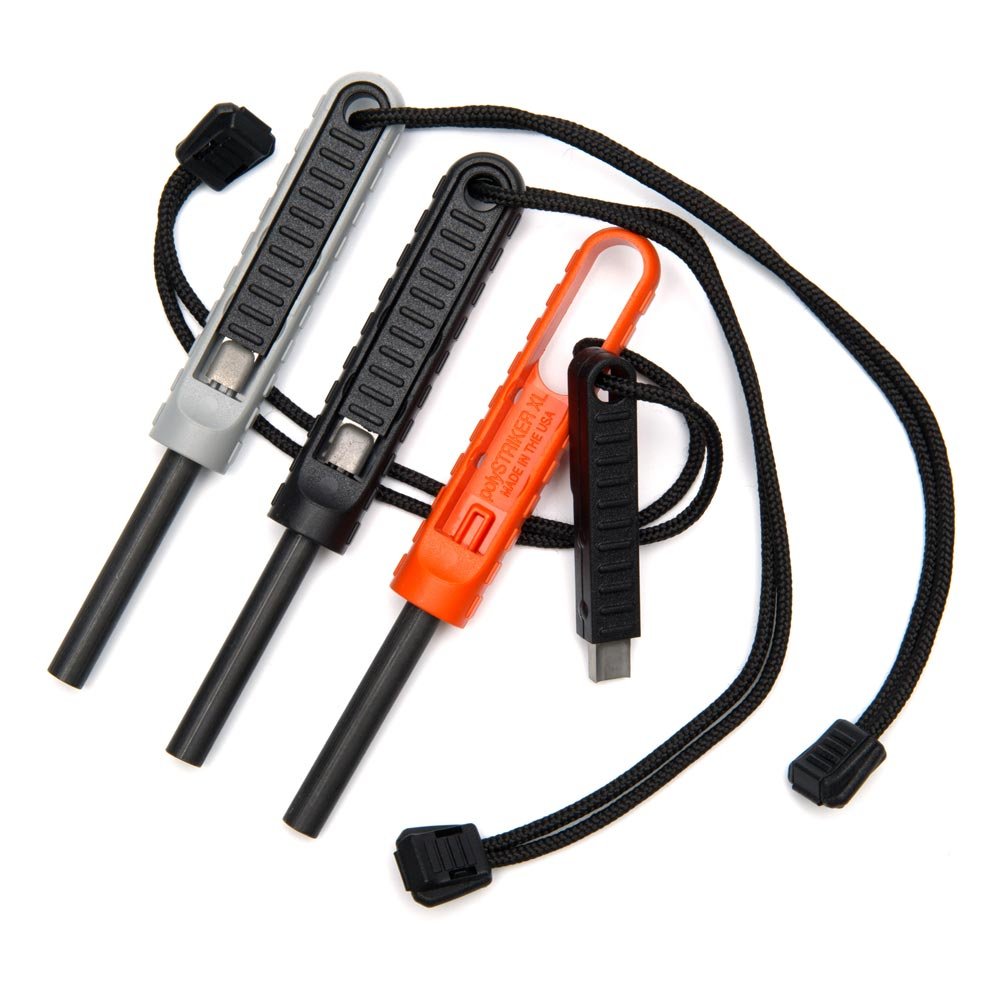 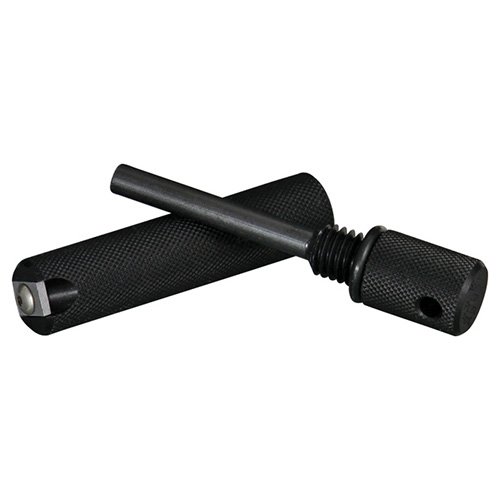 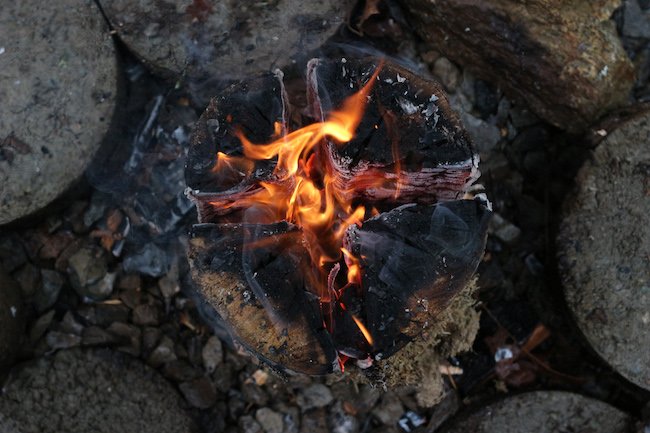 Cooking on the candle

The Finnish candle can also serve as a perfect cooker. The flat top of the wood is ideal for laying a pan or a pot and the centred heat will quickly cook what you need. As the candle burns for a very long time, you will also have enough time to grill something small as a dessert, to make tea from needles, and to make potatoes in the heat. 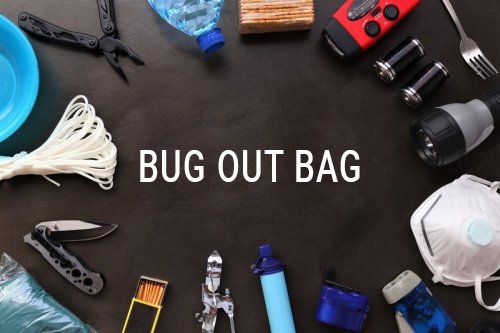 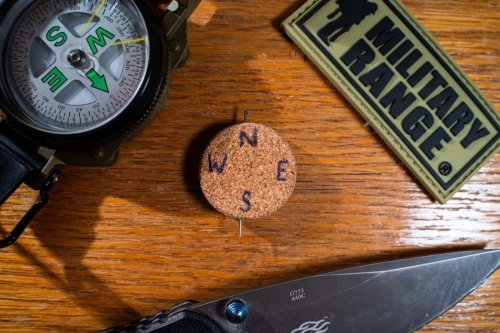 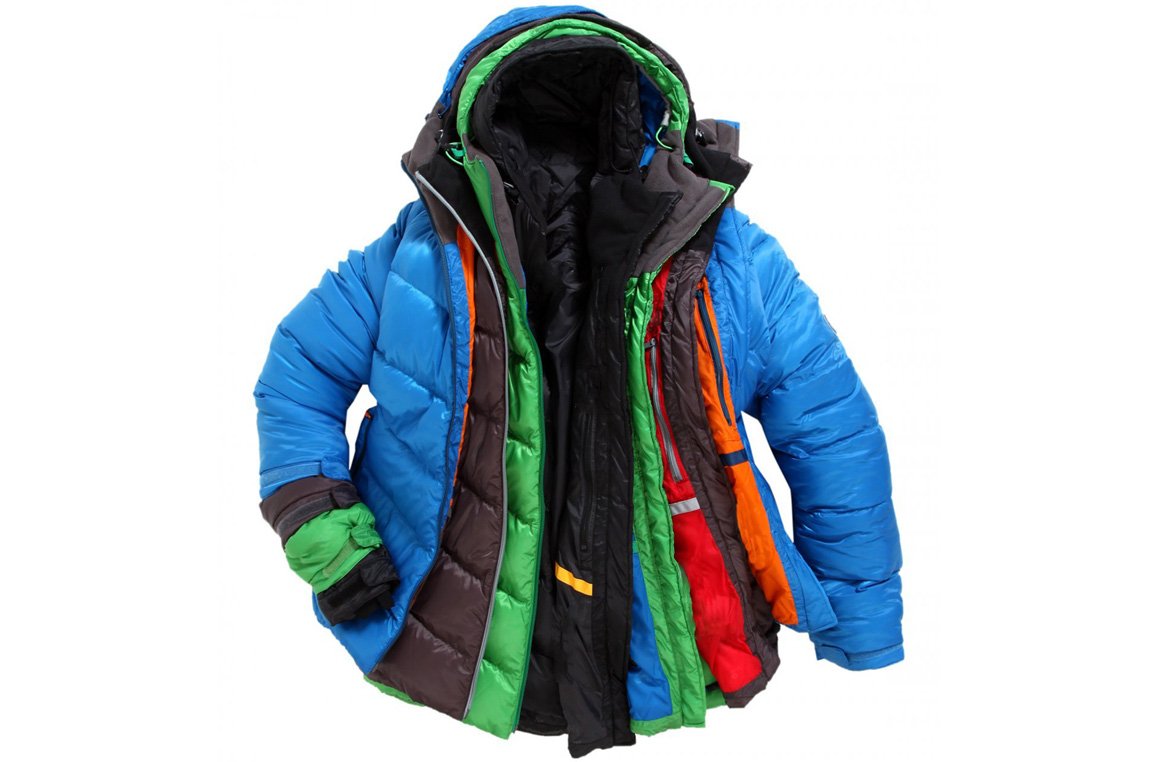 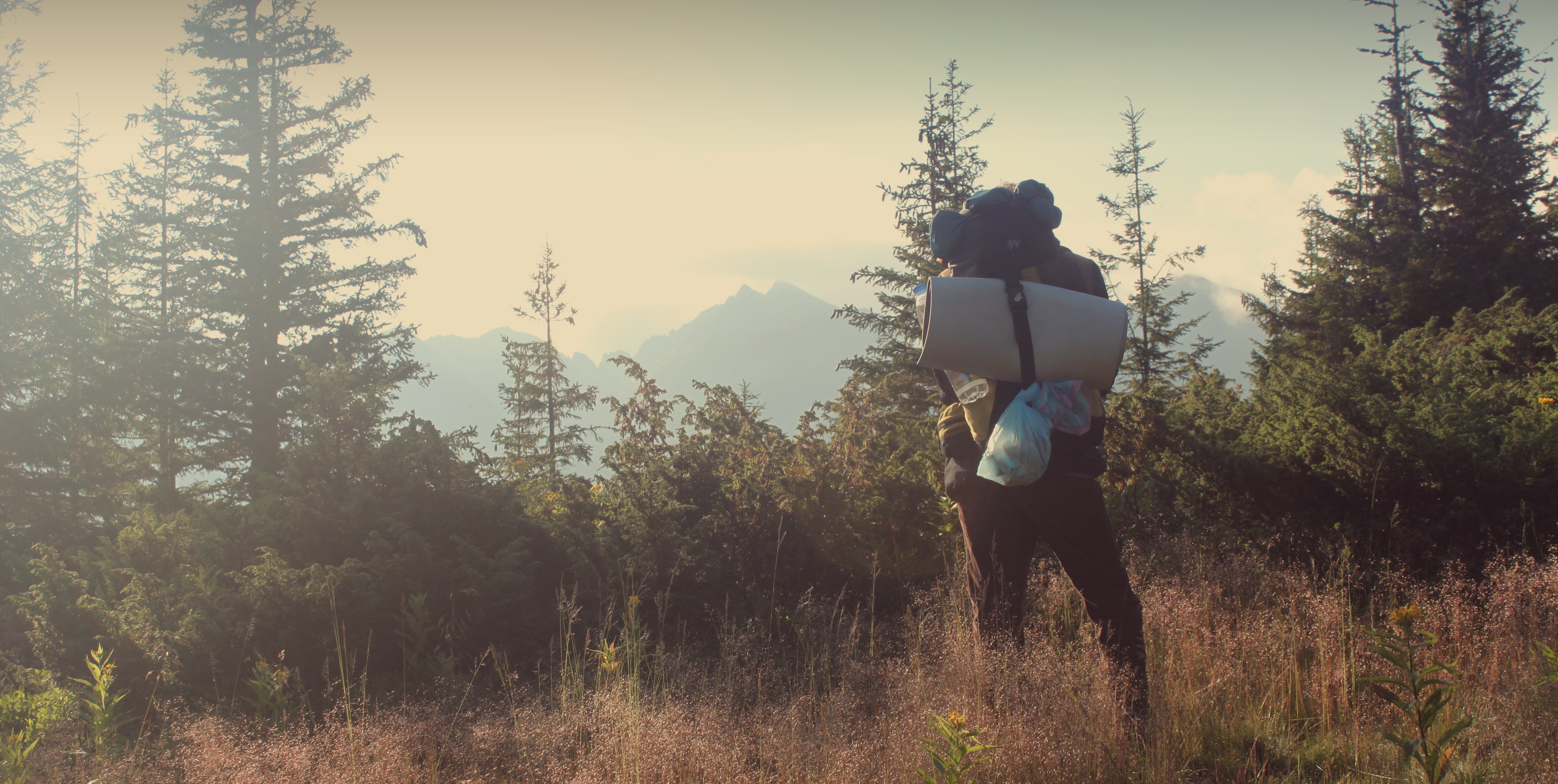